Still a predominantly white profession, librarianship has a legacy of racial discrimination, and we must face and better understand the ways in which race impacts how we meet users’ needs both now and in the future. Amanda L. Folk and Tracey Overbey, authors of two ALA Editions Special Reports, posit that identifying and acknowledging implicit and learned bias is a necessary step for moving forward. In these Reports the authors shed light on how we can transform not only our professional practice but also our scholarship, assessment, and evaluation practices. In this interview, they discuss what led them to study Black and African American students' experiences with libraries, the ongoing impacts of racially discriminatory legacies, and ways that library workers can help break down barriers.

Congrats on publishing this landmark set of Special Reports! Would you tell us a little about how the study originated and came to inform the second volume of your set?

Sure! We do talk a bit about this in the second volume, so we won’t give away too many spoilers. We were both pretty new to Ohio State, and we had an onboarding meeting scheduled so that we could meet one another and get to know each other as colleagues. During that meeting, we realized that we had some similar interests in terms of research 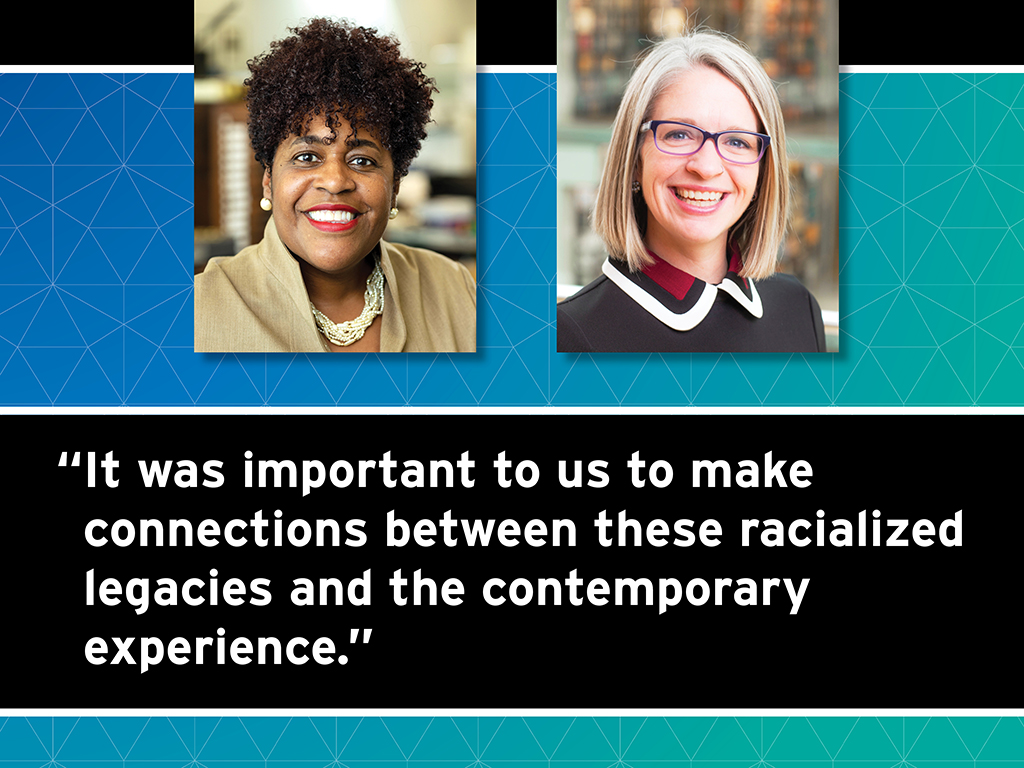 and scholarship, and Amanda shared something that she had been wrestling with since attending a local conference—how do Black and African American students experience our libraries, especially given the overwhelming white nature of our profession? Both of us had spent years in public service positions at both academic and public libraries, so we had professional experiences that could inform this kind of exploration. Tracey, as an untenured African American librarian, knew this could be a potentially provocative topic, so she reached out to a few colleagues to find out how a study like this might be received by our peers, since Ohio State is a predominantly white institution (PWI). After receiving feedback from colleagues, she felt like it was safe to proceed, and we started putting together the study that is reported in the second volume of the set.

Why did you decide that the first volume, which specifically explores the racist legacies of libraries as well as contemporary scholarship, was a necessary component of the work?

Many librarians and society may think libraries originated in Europe and neglect to consider the African origins and contributions to reading and information/knowledge classification systems (as well as other non-European origins and contributions). We wanted to show in the first report that libraries were not a new phenomenon with BIPOC [Black, Indigenous, and People of Color] ancestors, and that archeological evidence shows that libraries have origins in ancient Africa. Great scholars like Aristotle and Melvil Dewey had a reference point in helping formulate the contemporary classification systems we use today within our libraries. This history was important to show in the first volume due to some of the stereotypes that BIPOC communities only had their first exposure to literature starting in the Americas from PWIs.

There have been a few explorations of the racialized histories of libraries that have been published, particularly within the past decade or two. While these have been excellent and necessary, most of them have been scholarly in nature and have gone into significant depth regarding particular regions, types of libraries, or time periods—many of these are cited in the first volume and/or included in the recommended readings lists. So, part of the decision was to provide an accessible overview of the historical 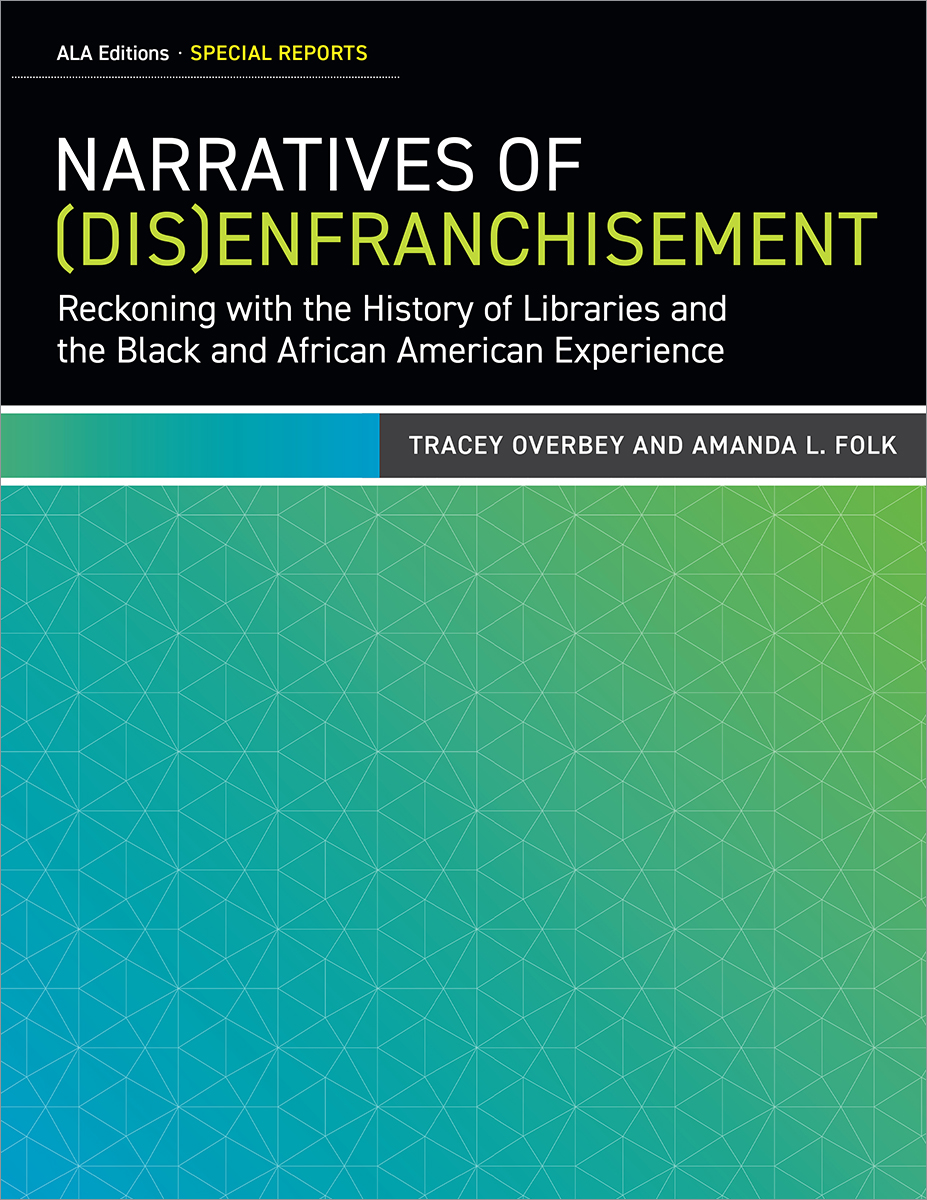 intersections between libraries and races to help understand the present context. In addition, for many white librarians (who comprise the overwhelming majority of our profession), it can be easy to distance ourselves from the racially discriminatory legacies that manifest in our institutions today, because, in theory, libraries exist to serve all constituents. We didn’t think there had been a work that really highlighted how racially discriminatory legacies affect how BIPOC experience their daily lives as they interact with all kinds of institutions and services, and how these legacies don't just magically disappear the moment they walk into a library. Furthermore, implicit bias is a real phenomenon, so it also is not reasonable to think that employees’ biases also disappear when they are in their libraries working with patrons. It was important to us to make connections between these racialized legacies and the contemporary experience. This highlights the progress that has been made, while also helping us to understand how there might still be harmful practices that have not yet been addressed.

As you have pointed out, despite decades of focus and effort, the LIS profession is still overwhelmingly white. You write, "Diversity and multiculturalism are important, but focusing just on these will not move the profession toward inclusivity, equity, and justice." What does work to make librarianship less white, according to research?

This is an important question, but it is a bit outside the scope of our study and our realm of expertise. However, we did give a conference presentation at the IDEAL 2019 conference about how the findings of our study might be important for understanding the pipeline into the profession. Our findings reveal that several of the study’s participants have not had positive experiences in libraries or with library staff. We thought that this was important for thinking about how we recruit future librarians of color into the profession. In our study, we found that librarians of color were more engaging and helpful in terms of informing the students of color about programming while acknowledging the students when they entered the library. If we were to be more intentional in our recruitments of librarians of color, both in public sectors and leadership, we could have a more diverse profession to inspire other students of color to consider the profession. If particular populations have been 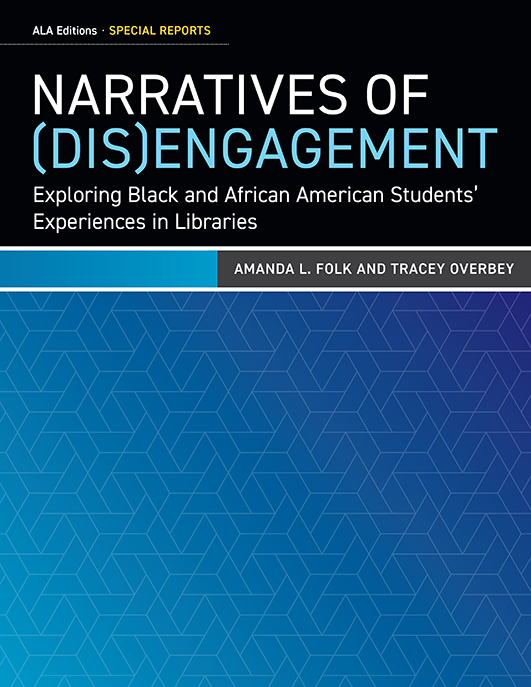 made to feel like they don’t belong in libraries from a young age, then it is less surprising that they do not consider librarianship as a potential career path. Of course, not all of the students reported negative experiences—several reported wonderful experiences with librarians of varying racial backgrounds. We also hope that works like our two-volume special report are another stepping stone to making the profession less white, insofar as we hope that Black and African American colleagues see that their histories, experiences, and identities are being heard and valued. There is a robust set of literature that addresses BIPOC colleagues’ experiences as library professionals, and white colleagues should be reading that literature and thinking about what those findings mean for their own individual practices and institutional contexts. Finally, books like The Black Librarian in America: Reflections, Resistance, and Reawakening are not just for our Black and African American colleagues—white colleagues would do well to engage with books like these and see them as relevant to their professional practice and growth.

It can sometimes seem like this problem is so huge that it's hard to know where to begin. Would you share some positive steps that members of the profession are already taking to move beyond just learning about systemic racism and implicit bias to make a difference?

There are a lot of things that libraries are doing, but one resource that highlights some of this work happening in public libraries is Advancing Racial Equity in Public Libraries: Case Studies from the Field, which we cite in our special reports. This provides concrete examples of work that is being done, as well as a toolkit that can be used to design, implement, and evaluate initiatives. Another is one we already mentioned, The Black Librarian in America, which provides an overflowing history of Black librarianship and the many contributions librarians of color have made in the profession. These resources can help break down barriers and paradigms that librarians of color are new to the field; although a heavy journey, reading them can help change some of the narratives. In the first volume, we conclude with a call for more equity-based, race-centered research across library types that is easy to access so that we, as a profession, have a foundation for understanding what has been done, what has worked, and how to build on successful initiatives.

2023: it's in the cards
Cassell and Hiremath's updated introduction to reference and information services
Find the Perfect Gift for Everyone!
Making the connection: Amanda L. Folk and Tracey Overbey discuss libraries and the Black and African American experience
Moving beyond the basics: an interview with Allison Hosier about information literacy instruction
"Keep the literal and figurative lights on; cockroaches hate that": Michael Cart on YA lit, censorship, and his new book
“We need to have difficult conversations, but they should be respectful ones”: Belinha S. De Abreu on media literacy and social justice
An interview with Jeanie Austin about library services and incarceration
"Making mistakes is such an important part of the learning process": an interview with Thomas P. Mackey and Trudi E. Jacobson about metaliteracy in a connected world
"Diversity of identities should be a celebration, not a burden": an interview with Jessica Anne Bratt