“We need to have difficult conversations, but they should be respectful ones”: Belinha S. De Abreu on media literacy and social justice

“We need to have difficult conversations, but they should be respectful ones”: Belinha S. De Abreu on media literacy and social justice

In his Foreword to Belinha S. De Abreu's new book, Yohuru Williams writes, "Young people are literally bombarded with images and information, raw and unfiltered. The contours of when and how they receive information have changed dramatically from just a few years ago, resulting, on the positive side, in a democratization of information, and on the negative side, in the monumental task of discriminating fact from fiction while discerning credible sources ... Media literacy has become an indispensable tool to meaningful engagement on a range of issues from voting rights to criminal justice reform." De Abreu and her fellow contributors meld social justice aims with media literacy concepts and skills through the use of reflective activities and lesson ideas. In this interview, we discuss how and why the book came together and what advice she has for educators and library workers as they navigate politically charged issues.

Congrats! In many ways Media Literacy for Justice: Lessons for Changing the World seems to touch upon themes from your earlier editions of Teaching Media Literacy. What was the genesis of the new book?

The early days of the pandemic was really the genesis for the book. There were daily news stories discussing what was happening around the world, and there seemed to be a disconnect between people and reality.  It became very obvious quickly that we were living in a time where health care was being tested, people's beliefs about the system were being challenged daily, people were going through some deep personal introspection, and there were so many unknowns. Then, a few weeks later we had the death of George Floyd. There was unrest and unpredictability.  More than that, it became a discussion about what we thought of justice in this country. It then also bridged a different kind of conversation about representation, once again, people's realities, as well as, viewpoints.

Why do you feel that social justice aims and media literacy skills are so closely related?

This touches upon what I just mentioned, media literacy education asks you to go beyond the constructs of what is in front of you. It gives the skills to question both critically and reflectively, if done well.  It asks you to look at representation, question your reality, and understand various viewpoints. All of these things are not easily done when the media tends to steer conversations in one direction. Both social justice and media literacy are about seeking more depth and consideration as individuals who use media and who create with it. It is an extension of how we build a better society if we can think about the way in which both affect our lives and others around us.

You’ve gathered contributions from across the globe and drawn from a variety of contexts. How did you go about finding and selecting all the reflective pieces and lessons?

While writing the chapters, I wanted to ensure that there were reflections on each of the topics presented representing various perspectives. The term justice means different things to different people in the US and even more so to our global counterparts. We don't see all issues in the same way. Nor are we experiencing them in the same way.  The book tries to provide that lens onto some of the more difficult topics. It also tries to push the envelope on belief systems which can actually be harmful in getting to a place where we can find balance. I wanted to find a middle ground where the conversations could happen and where media literacy could be viewed as an extension of the work of justice. 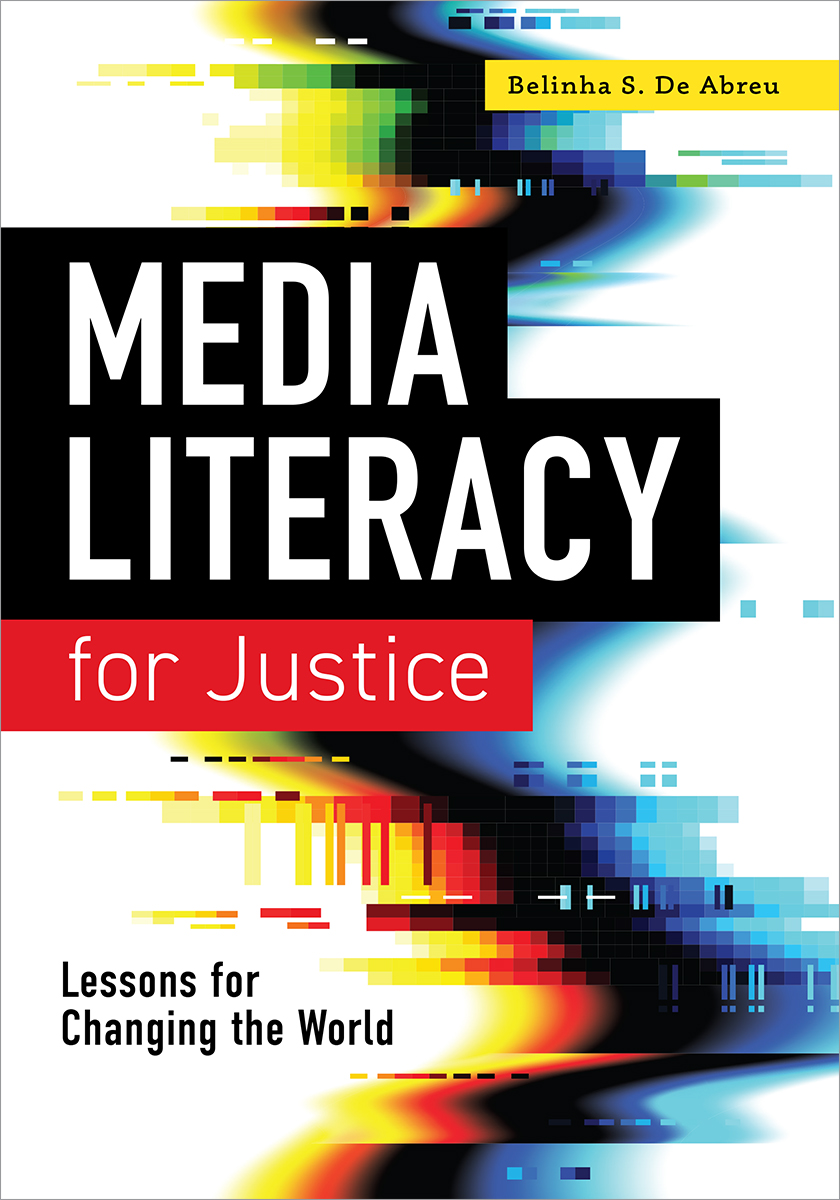 Your focus on the harm caused by “misinformation, misrepresentation, and misunderstanding” is central to the book. What advice can you offer to educators, instructors, and library workers in boldly addressing such politically charged issues amidst controversy?

We need to listen to what people are saying, I mean really listen, no judgement, and consider that their perspective is based on various factors.  We are a very reactive society at the moment, and that has contributed to the breakdown in communication. We need to acknowledge that media choices have an impact on the dialogue that people are having or even the lack of discourse. We need to have difficult conversations, but they should be respectful ones.  Sometimes that is hard to do, but the media itself is a way to bring people together despite how much it has separated us too. Use that tool as a way to make the connection that brings people to the table and find that middle way—a common language. It takes time and dedication, but I believe it is worth it.