Interview: McCook and Bossaller on their updated public librarianship text

Interview: McCook and Bossaller on their updated public librarianship text

For the new third edition of Introduction to Public Librarianship, Kathleen de la Peña McCook decided to bring a new co-author on board, noted public library scholar and advocate Jenny S. Bossaller. In this interview they discuss their collaboration and how the field of public librarianship continues to change.

Name one piece of advice you wish someone had given you when you were new to public librarianship.

Jenny S. Bossaller: When you work in the library, you become the face of the library to the public. Be professional, and treat everyone who walks in the door (and those who don't) with dignity. 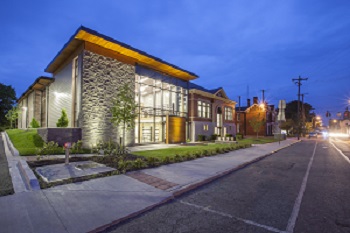 Kathleen, you've written every previous edition by yourself. But the new one is most definitely a collaboration.

KM: As I put together an Advisory Board I wanted scholars who were community focused. Jenny is that kind of person. Then when she began to respond to the early chapters I sent her for review her insights were so fresh and informed that I knew this would be a better book if she co-edited. I was so happy she agreed and I was right--it is a far better book than I would have done alone.

JB: It was such a privilege to work with Kathleen – I've read and admired her work for so many years, and had talked about how incredible it would be to meet her. I was floored when she asked me to be on the Advisory Board.

KM: We are both early morning people. We would often have multiple online interactions before either of us had gone to our day jobs. I think the best part is that there was no lag time. We handled each challenge within 48 hours or less.

JB: I ended up learning so much from Kathleen – from how to put a book together to how to work with co-authors and a publisher. She was so patient and gracious. 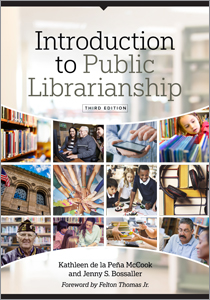 It kind of boggles the mind just to think back to how things have changed since 2011, when the previous edition was published. What do you consider the most important updates in the new edition?

KM: To me the fact that librarians help people to make things is as important as finding things.

JB: I agree! The library has been a place for making for many years, but technologies have really changed what libraries can do with and for the public.

Public libraries are certainly more important than ever, and I think everyone agrees that the next generation of LIS professionals is genuinely plugged into that urgency. What are some of the foundational skills that are going to be the most crucial for tomorrow's graduates?

KM: Empathy, patience, and the attitude that we can help.

JB: I don't know if this is a recent change, but being able to communicate well with the public, officials, and coworkers is incredibly important and maybe more urgent than ever. Be able to say why the library is important – craft and perfect that elevator speech, and understand the library's mission. Be a good listener.

Read a sample of the book at the ALA Store.