Who would like to volunteer to be locked in a room with a bunch of your friends, an untold number of hidden clues, and a ticking clock?  The answer, it seems, is a whole lot of us. According to the database at Room Escape Artist, in 2014 there were only 22 escape rooms in the U.S. But by the summer of 2017, the figure had skyrocketed to nearly 2,000. In her new book Escape Rooms and Other Immersive Experiences in the Library, Ellyssa Kroski demonstrates why they're a perfect fit for library programming. In this interview she talks about her inspirations for writing the book, why hosting one doesn't necessarily require a big budget, and sources for ready-made escape room events.

The last few books you’ve done for ALA Editions were about makerspaces, so this one seems a little different. What inspired you to write a book about escape rooms? 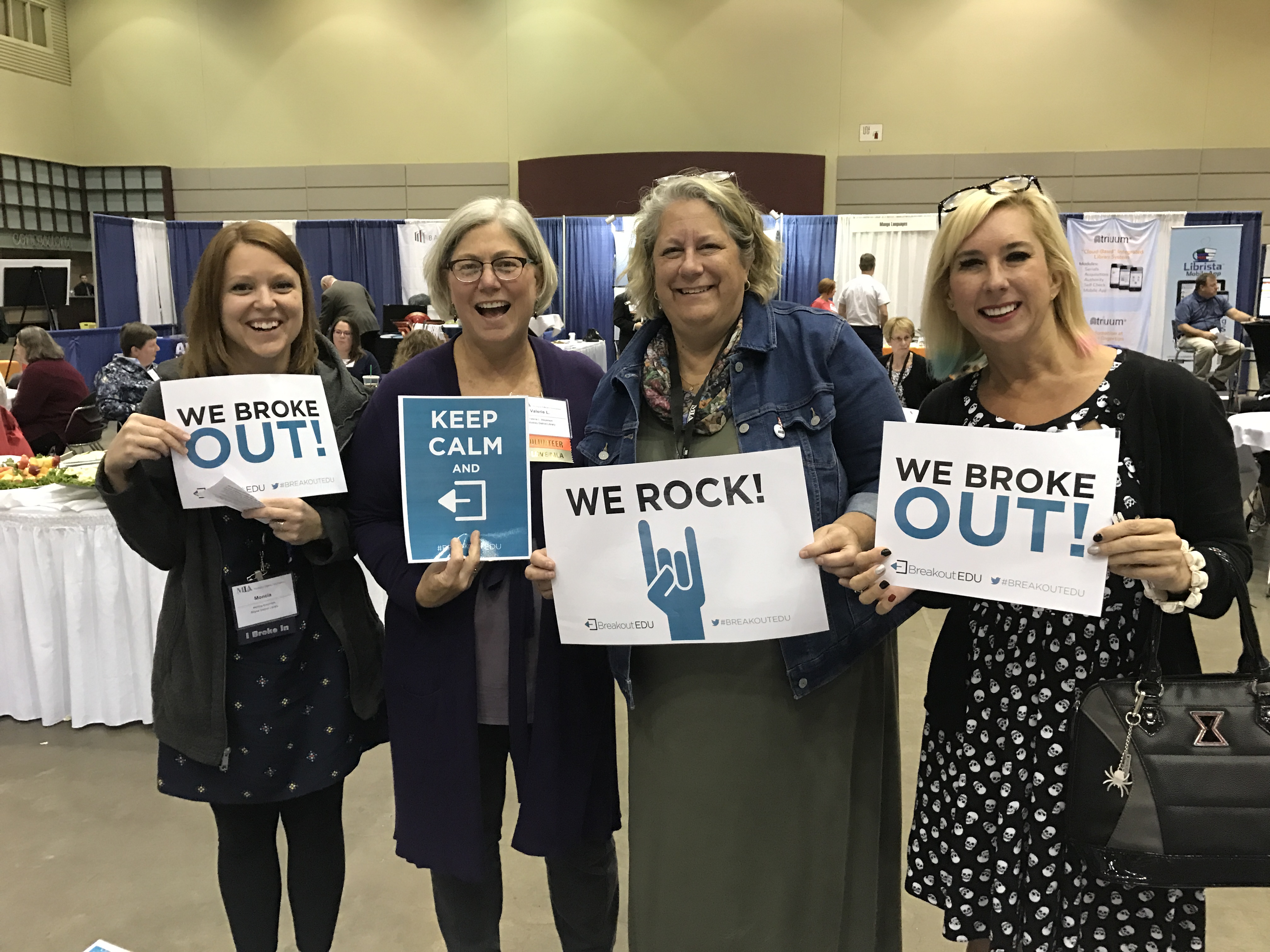 Just like makerspaces, I wanted to take a personal interest and passion of mine and write about how it could be used to benefit libraries.  I’m not only an escape room enthusiast, but a lifelong gamer.  I have played tons of point-and-click and graphic adventure games which have served as major inspiration for today’s escape room games such as Maniac Mansion, the Quest for Glory, Kings Quest, and Legend of Kyrandia series, Myst, Roberta Williams' Phantasmagoria, the Fable series, Syberia, and one of my all-time favorites, Zork Nemesis.  When I first encountered escape rooms and immersive experiences a few years ago, I discovered a sense of nostalgia that brought me back to those early gaming days, and that led me to start playing these games whenever I could, even flying to Europe to participate in a 4-day Harry Potter-inspired LARP experience in a 13th century Polish castle.

In the first part of your book you explain both escape rooms and immersive experiences. How would you compare the two and are they equally suitable for libraries?

Escape rooms are live, interactive, adventure games in which participants must team up to solve a series of riddles, puzzles, and challenges in order to win, while most immersive experiences are interactive museum and sometimes cinematic or pop-culture-based exhibitions.  While many immersive experiences do involve challenges and a gaming element, they are typically singular activities vs. the group nature of escape rooms.  They are also more casual, missing the time constraints and the locked-in component of an escape game.  And many of them simply immerse the participant in the world of a film, television show, or a book.  Regardless, they are proving that people will wait all day on a line in order to become part of a narrative rather than just hear a story.  They are both well-suited to libraries and present a slew of outreach and literacy opportunities for creative librarians to take advantage of.

Does a library need a large budget or lots of tech support to host an escape room?

Definitely not.  A library can purchase a lock kit or individual locks for around $100-$150 and after that one-time investment have a world of escape room possibilities at their fingertips.  Hundreds of free escape room game scenarios are available online and can be tailored to your individual library or theme.  With a little bit of creativity, the possibilities are endless.  Libraries with absolutely no budget at all can create digital escape rooms for a completely free experience and I provide detailed instructions for how to design your own digital game in the book. 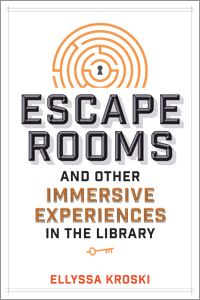 What would be a good starter project for a library that wants to sort of test out the concept without undertaking something really elaborate?

While I do go into detail in the book about how to design many different types of escape rooms from scratch, I also discuss the fact that if you don’t want to go that route, you don’t need to have any game development experience in order to host a ready-made event. One fast and easy way to organize an escape room event is to order a BreakoutEDU lock kit, choose an escape room scenario from their website according to your desired learning outcomes, and follow the instructions.  Pre-made kits come with detailed instructions for organizers specifying everything from number of players per event to lock combinations.  Their website provides free access to hundreds of escape room scenarios which have been designed by educators and librarians. With free registration, users can create accounts and browse through categories such as math, science, literature, social studies, languages, library and more and view and access detailed instructions for educational games such as The Wonderful World of Dewey, Locked in the Library, and Back to the Future.  Another alternative which I discuss in detail in the book is to purchase an escape room board game such as ThinkFun Games’ Escape the Room: Mystery at the Stargazer's Manor.

How can library administrators incorporate these activities into library staff training and team-building?

Escape room games are an outstanding medium for facilitating team bonding, cooperation, and learning.  They are consistently used by major corporations for staff team building events and by educators wishing to impart lessons to students in a gamified manner.  They are excellent vehicles for library staff training and team building, and they are eagerly anticipated experiences rather than avoided or suffered through as are many workshops.  In the book I go into detail about how to design staff team-building escape rooms.

Read more at the ALA Store.

Compact copyright: an interview with author Sara R. Benson
An interview with Ellyssa Kroski about VR programming
Why information policy is important: an interview with Paul T. Jaeger and Natalie Greene Taylor
Responding to rapid change: an interview with Callan Bignoli and Lauren Stara
Insights on marketing with social media: an interview with Beth C. Thomsett-Scott
An interview with Stacey Greenwell about management basics and academic librarianship
Free PDF with coloring pages, writing prompts, and uplifting quotes!
Interview: Deborah Rinio on STEAM for elementary school learners
Free PDF e-book—Library as Safe Haven: Disaster Planning, Response, and Recovery
Access to ALA Editions | ALA Neal-Schuman e-books during the COVID-19 pandemic